Stopping off in Aviemore for a couple of days post-marathon, having done very little yesterday, aside from going to Kincraig to see Hamish, the very cute and playful baby polar bear, I decided to stretch my legs today. (The marathon blog will follow later this week – just waiting for the race pics).

The wind was up and the thought of munros didn’t hold any great appeal. There was also the issue of Bruce having completed the Cairngorms meaning driving back towards Fort William for the two he wanted, and the less than favourable forecast in addition to the prospect of a long day knocked this on the head.

So, Meall a’ Bhuachaille it was, an easy corbett we’ve previously done with good paths and decent views. The first stop after parking up near the Glenmore Visitor Centre was the green loch, Lochan Uaine. This beautiful loch is worthy of a visit in itself – local legend says it’s green as the pixies wash their clothes here. I like that better than the other potential explanations.

Carrying on, we continued along a good track which gently pulled us up to the Ryvoan Bothy. The bothy now has a wood burning stove; I’m sure this would be a welcome sight if spending a night here! We stopped off for a snack and enjoyed the shelter. 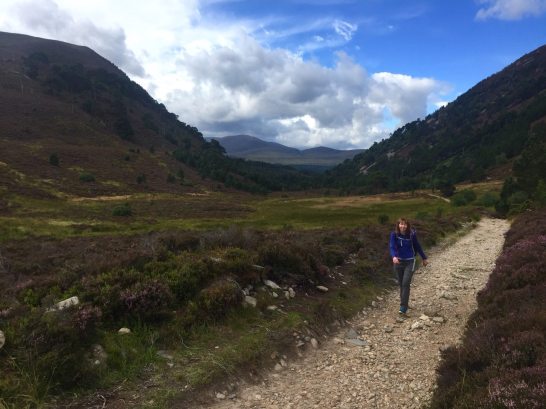 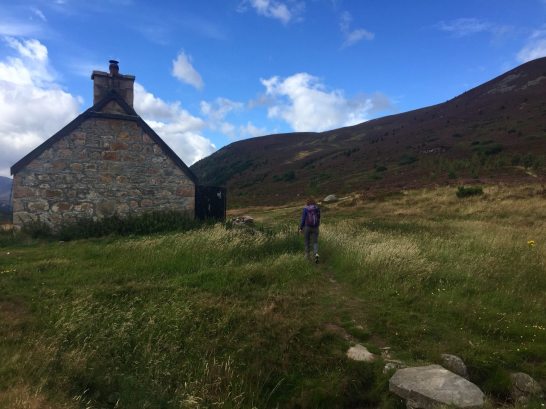 It was then onwards and up to the summit of Meall a’ Bhuachaille. Having started at a decent height this does not appear particularly daunting and indeed is an easy walk up. The path has been built up well and there are steps on eroded sections, making for good progress. I carried my walking poles in case my legs felt tired but although aware that they’d worked hard (tight calves) the poles stayed on my rucksack for the duration. 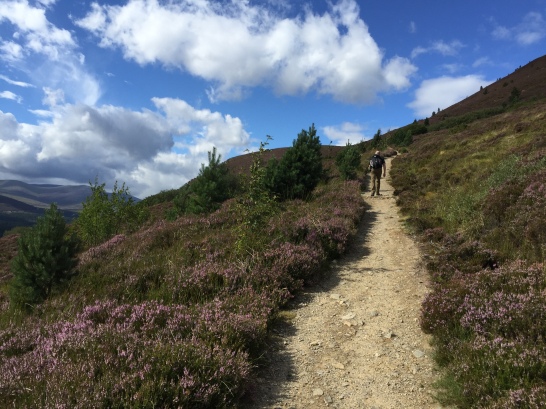 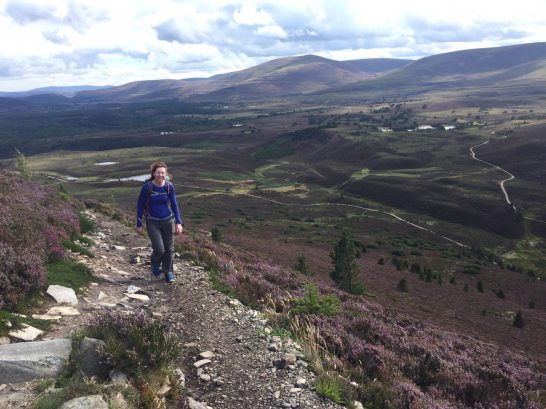 The higher we got the windier it got, and on reaching the summit it was blowing quite strongly. Having stopped at the summit cairn / wind shelter for another snack I realised why the folks coming down were wearing jackets and hats! It’s amazing how quickly the wind chills you when you stop at height. 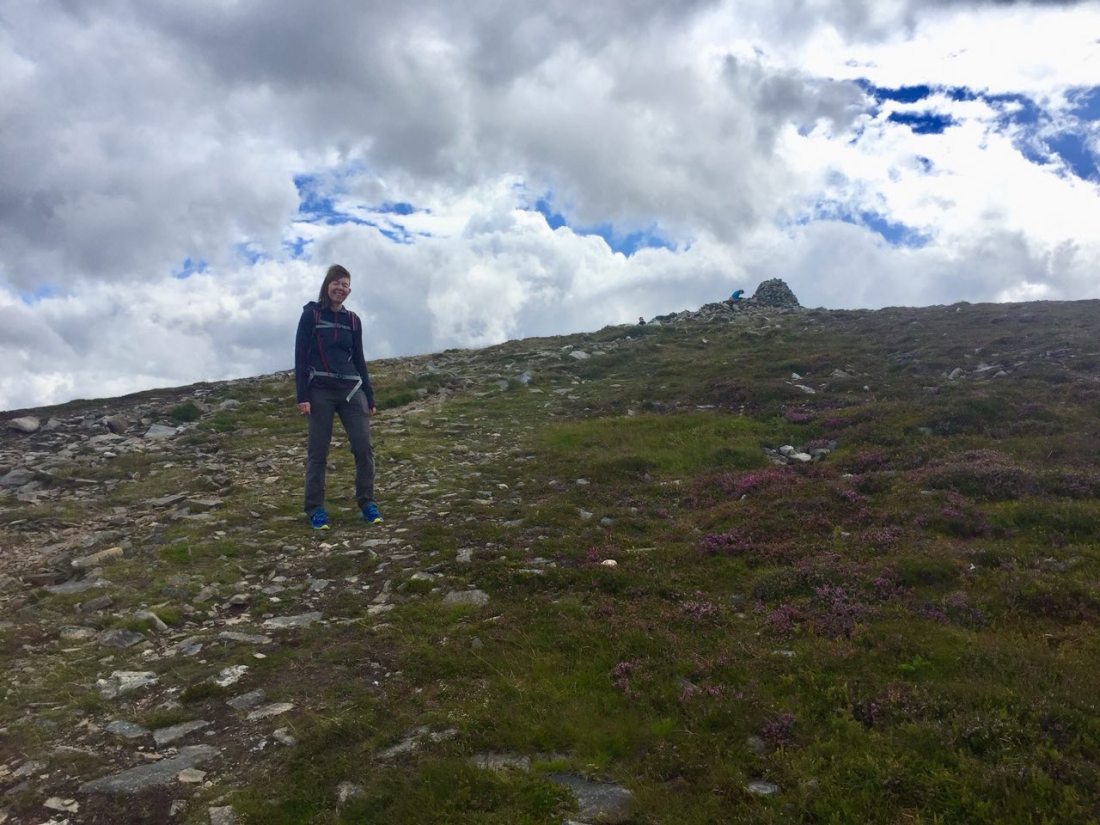 We headed down the back of the hill after a chat at the summit with a few other walkers, deciding against going over the two other tops as we’d only be buffeted by the wind and aside from adding distance would be unlikely to gain much in views.

Dropping down it was fine to have the wind ease and eventually I was able to remove my hood and see! One of the hazards of hair that Bruce is blissfully unaware of is that it’s dangerous when blown across your face unexpectedly, cutting off all visibility!

Back down to the lower paths in Glenmore, we continued along past the very impressive ant hills. Quite how they get so spectacularly large is beyond me – a real feat of nature! They were massive!

Returning to the Glenmore Visitor Centre we picked up the car and headed up to the Cairngorm Mountain Cafe for a relaxing afternoon. That’s what holidays are for!