I love races in Moray as that’s the area that I still consider home, despite having now lived more than half my life in Aberdeen. Racing here also has the advantage of an easy start with the great hospitality provided by my Mum & Dad!

Arriving in Elgin late on Saturday afternoon the pampering started: cup of tea and a fine piece. This continued throughout the evening with dinner provided (a great pre-race fuelling meal of steak pie followed by sticky toffee pudding) and an evening cuppa. I then enjoyed an early night, in bed by 9:30 pm (awesome!) and a long sleep, rising at 7:30 am. Bliss!

Usual breakfast of porridge (today with dates) and a peppermint tea, I was fuelled and ready to go. Headed off to Lossiemouth (or Lossie as us locals know it) to collect my race number and exchange pleasantries with running friends before heading back home to be driven to the race by my ‘support crew’.

We arrived just behind the buses and I headed off for a short warm up before joining the toilet queue. Having misunderstood the location of the toilets I thought there was no queue so did my dynamic stretching routine as per Physio Helen’s instructions. I was then somewhat alarmed when I did find the loos as the queue was longer than anticipated! Apologies to Mum & Dad who essentially had the last of my clothes thrown at them as I shouted ‘Thanks’, they called ‘Good Luck and I ran for the start line.

The upside of this was that I had no time to have pre-race doubts creep in, although to be honest I was out for fun and really quite mindful of that. Training has been somewhat lax of late and I’ve not done a great deal of mileage with only the odd quality session thrown in. The plan was therefore to run a decent pace, hopefully not blow up, and establish a baseline for when marathon training starts.

With this in mind I wished the Metro folks around me a good run and we were off! The weather was kind to us – shorts and vest with gloves was more than adequate – and the only disappointment was the absence of last year’s tailwind.

A lovely course, the route follows the road along from Kinloss to the Maltings where a homely smell greeted me. Dad worked in Glenmoray as a stillman for many years so this smell reminds me of him, although I seem to recall being less fond of it when the car was stinking after a night shift. These early miles felt comfortable and my aim was to hold the pace throughout if possible, conscious that this may not work!

Before long we came to the first water station and the pace was knocked off briefly as I’m not a fan of water in cups. I find it hard to drink and often end up wearing it instead. I was not disappointed.

Coming up to Burghead the main ‘hill’ (it doesn’t really merit the term ‘hill’ but is steep in comparison with the rest of the course) put the legs to the test. I opted just to slow the pace down with a view to picking up on the flat again and this served me well. Along towards Hopeman the pavement was up and down with dropped kerbs which was a little frustrating. I therefore took my chances and ran on the road. Thankfully most drivers on the route were very courteous.

Leaving Hopeman, I was pleased to see Mum & Dad’s car. As I approached they rushed out to meet me, Dad timing his run perfectly to catch the gloves that I threw in his direction, shouting that they’d see me in Lossie.

The next part of the route sees a flat stretch and then the final wee drag before the 10 mile mark is reached, after which it’s all downhill or flat, and I had the happy thought of ‘its only a parkrun!’ 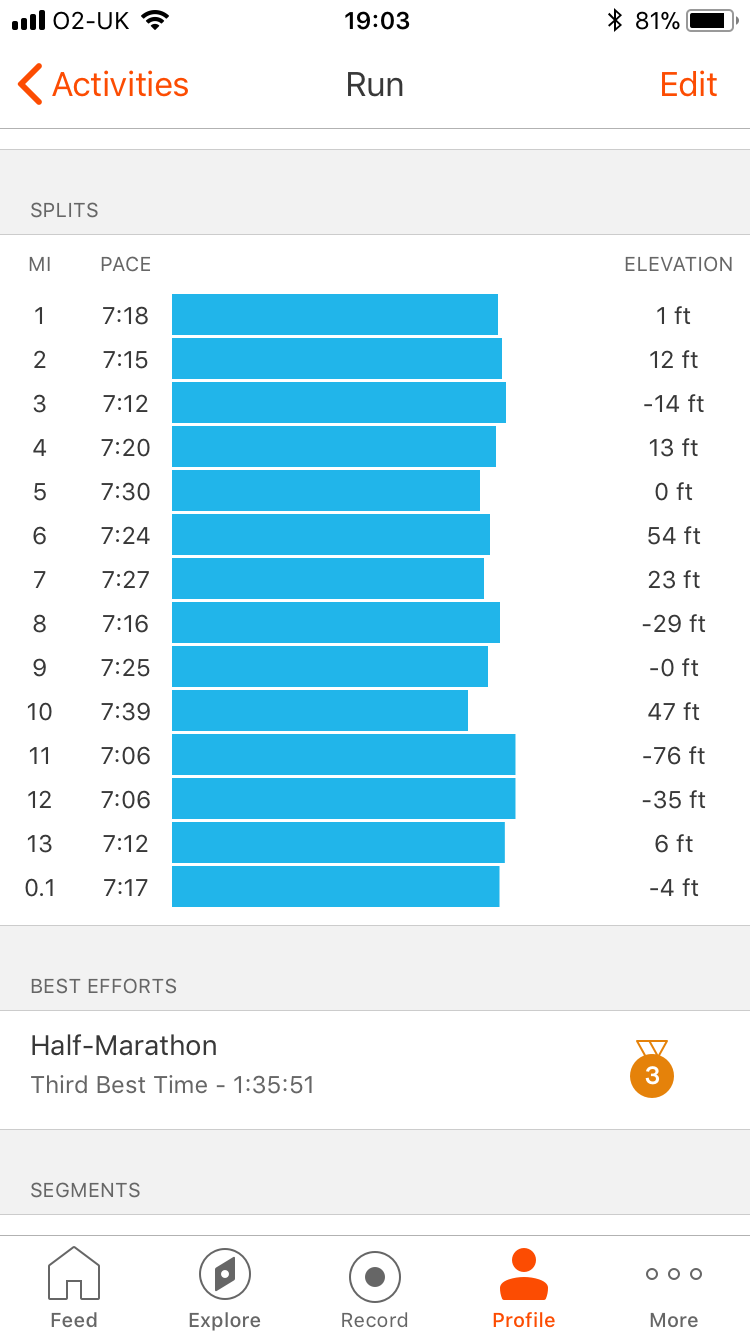 This thinking proved positive indeed and allowed me to push on, passing a few people along the way. Before I knew it I was heading towards the final turn in towards the end where I saw Mum & Dad again and received their cheers of support. 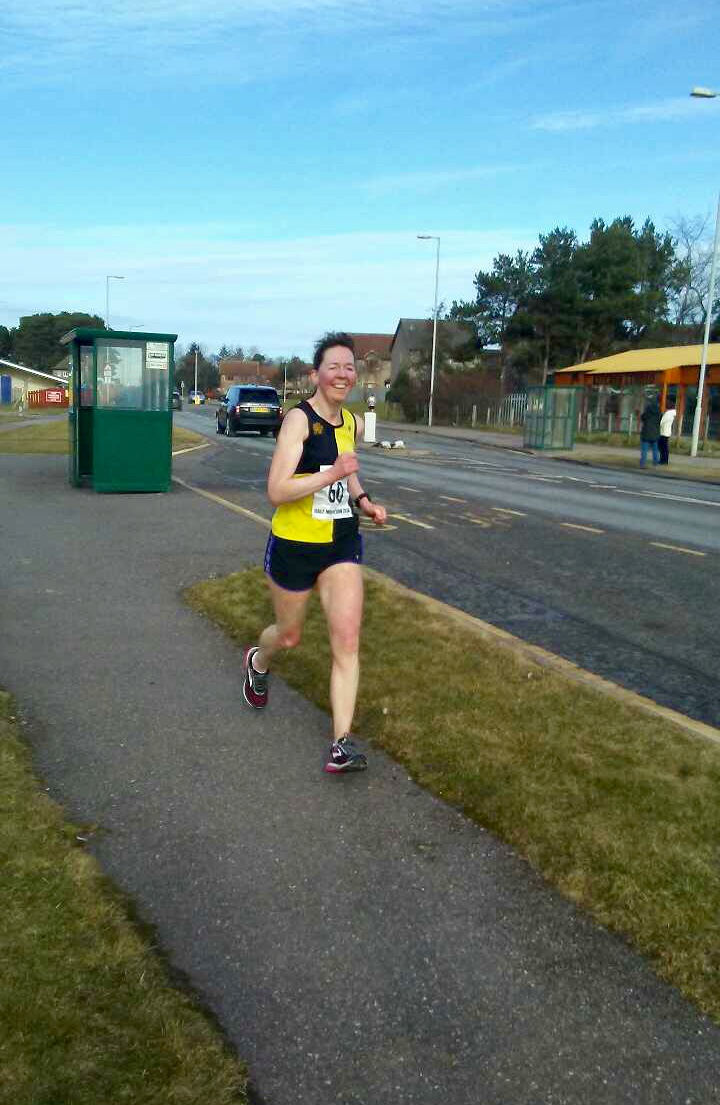 I was absolutely delighted to finish in a time of 1:36:10! Not a PB, but knowing I’m not in PB shape, this really is a time that I’m happy with.

As usual, a great post race feed, one of the joys of club races! Then ‘home’ for a relaxing bath followed by a great Sunday dinner! I may just move back!!

Huge thanks to the organisers, Moray Road Runners, for another great event and to all the volunteers who helped things run so smoothly.

Congratulations also to all the runners, especially my Metro teammates who did so well with prizes in various categories and quite a few PBs! Great to be part of such a club. Here’s to continued success this year!