This year I decided to enter the Balmoral 15 mile race on a whim as it fitted with my marathon plan (which specified a 15 mile long run). It’s always good to run somewhere different and given that I’ve only done this race once before, way back in 2012 when I found it very tough, I decided to give it a bash.

I’d planned a leisurely drive out to allow plenty of time for parking and walking to the start. Given the fine weather that we’ve had I had no doubts about clothing – shorts and vest all the way. Fine in principle, most unlike me though as I usually have various options packed just in case, ultimately opting for shorts and vest after dithering for considerable time, and I did start to question my decision as the temperature started to drop on the way out the road and a few spots of rain began to fall on the windscreen.

It proved to be chillier than expected while waiting for the start and I was therefore delighted to avail myself of the shelter offered by the Fit Like Joggers tent. Thanks David for the hospitality! This lovely group are going from strength to strength – it’s so good to see!

I also bumped into Kirsty, fellow Metro runner, who kindly gave me a spare pair of gloves to keep my hands warm until the start. Very much appreciated! 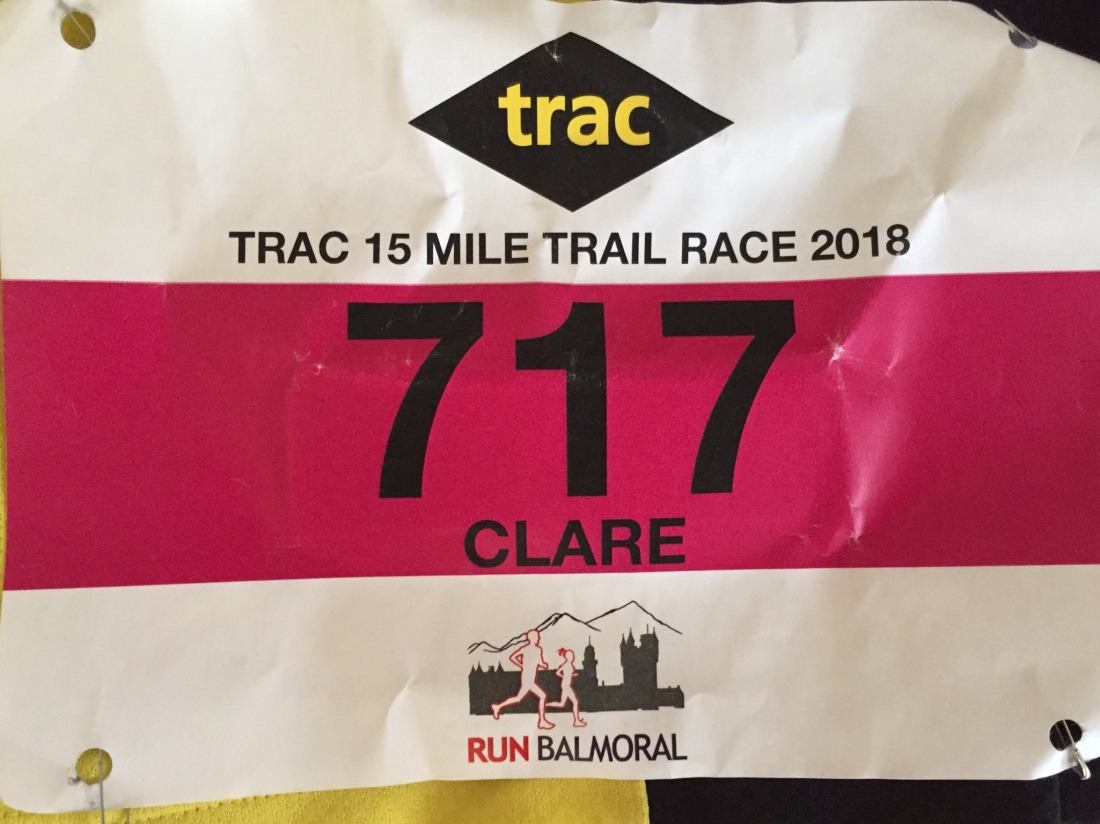 Time passes quickly when chatting, and with a few fellow Metro runners around it didn’t feel long before the call up to the start line. As the toilet queue had taken longer than anticipated, this resulted in a quick dash to dump my bag at the FLJ tent with not much time to think about anything else – no bad thing as I still sometimes find myself on a start line wondering why I’m there.

The route heads straight out on a tarmac road, progressing to fire roads and land rover tracks. My overall aim was to run faster than my previous attempt (2:21) and ideally around 2:15. I’m not one for doing races as training runs – if the Metro vest has a number on it I’m racing! However, I had to be mindful of the fact that last time I ran 15 miles was, I think, in The Illuminator.

I’m a bit vague on the detail of the race, but I can recall loving it most of the way. The trails were good, the weather was kind with some sun now and then, and the wind didn’t have any adverse effect. For much of the run I was smiling, both inside and out.

The climb up towards Lochnagar was not the climb I experienced last time: more miles in the legs, consistency of training, and a lot more hill walking have contributed to better leg strength and overall endurance. I have to say, I was very surprised when I rounded a corner to find that I had done most of the ascent. 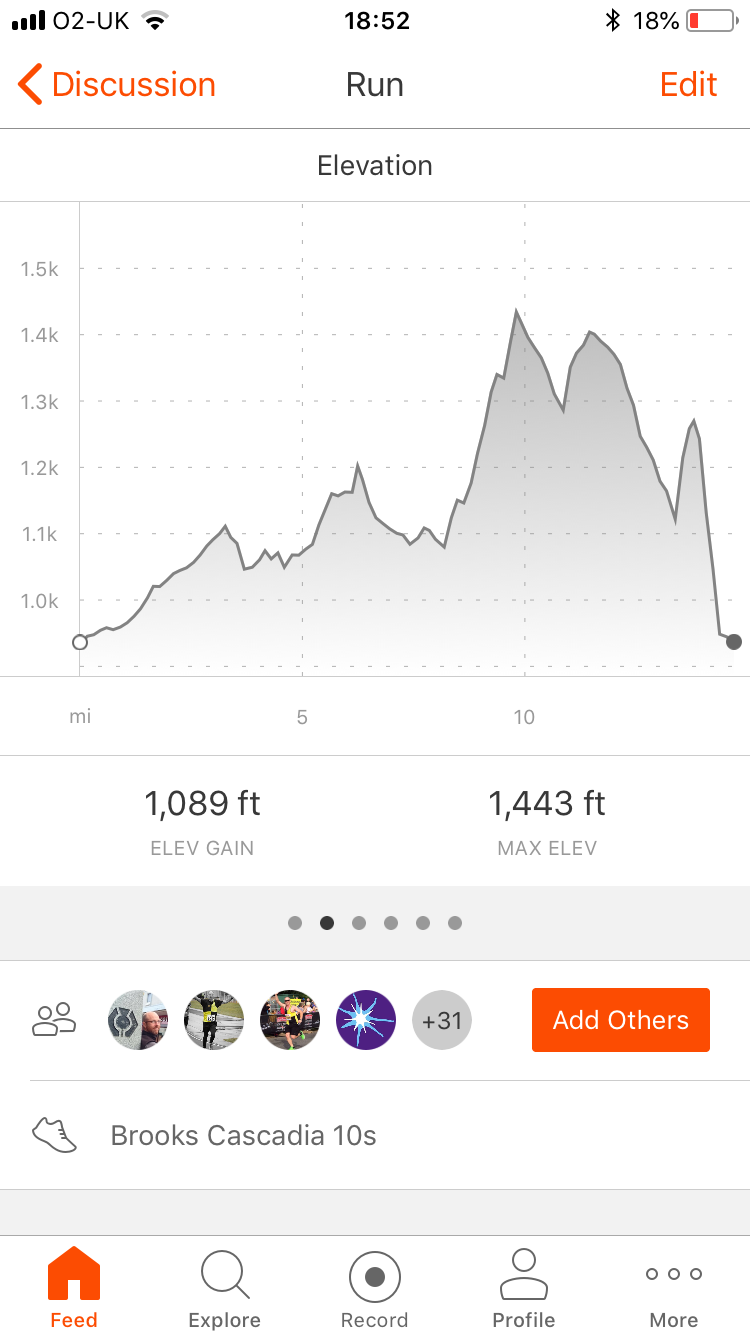 There was a wee bit of everything on the route: tarmac, fire roads, landrover tracks (stony and grassy), and a wee bit of single track to keep you on your toes.

The descent was fast. Having been disappointed at The Illuminator to lose quite a few places on the descent I’d determined to better my skills, the geek in me leading to YouTube, and viewing had suggested using the arms to balance and allowing gravity to do the work. I put this into practice, and combined with being able to see the trail ahead, better than in the dark, it did improve my descent times. Exchanging pleasantries with another runner I commented that we were now less than a parkrun from the finish.

As promised, there was then the sting in the tail at around 13 miles. I’m sure this wasn’t as hard as it felt, but the ascent here felt tough.

I was breathing hard, which I hadn’t been until this point, and it took all my determination to keep running;on the upside, there wasn’t a stream of people passing me so we must all have felt the same! Finally, a steep descent saw us drop back down to the tarmac road and from there the finish was in sight – a very welcome sight it was too! 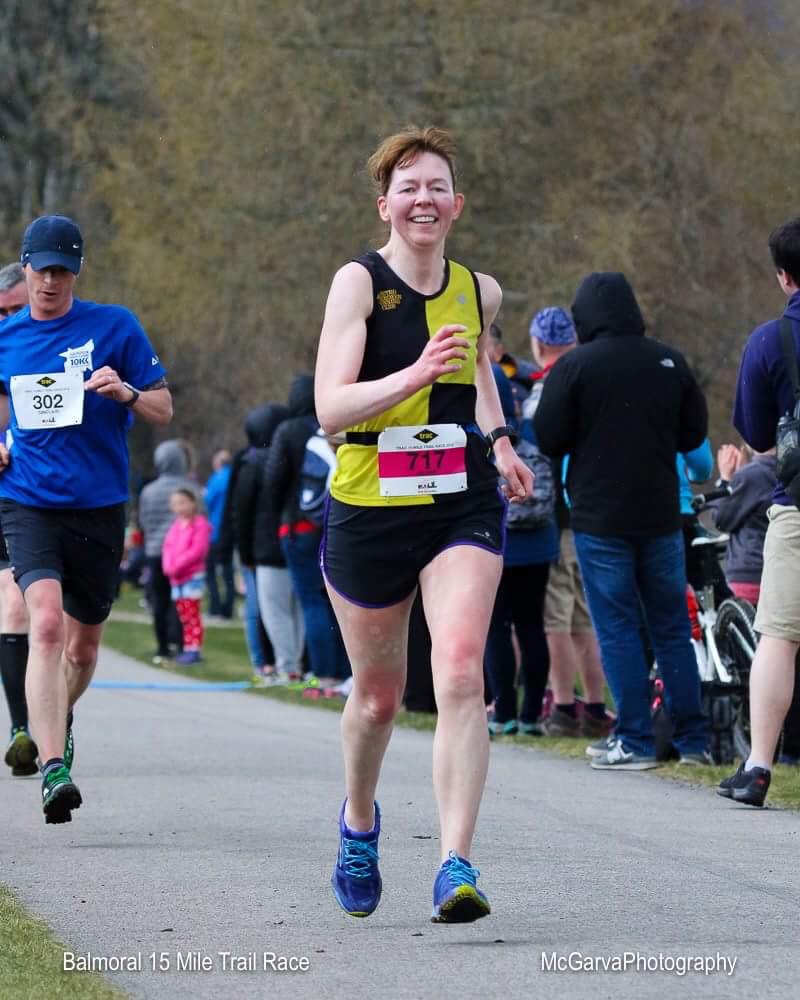 Lovely to receive the vocal Metro support on the approach to the finish – thank you! The announcement of all the runners crossing the line also adds to the special finish. Water, medal and t-shirt collected it was then time to congratulate my fellow runners and head back out to cheer others in. 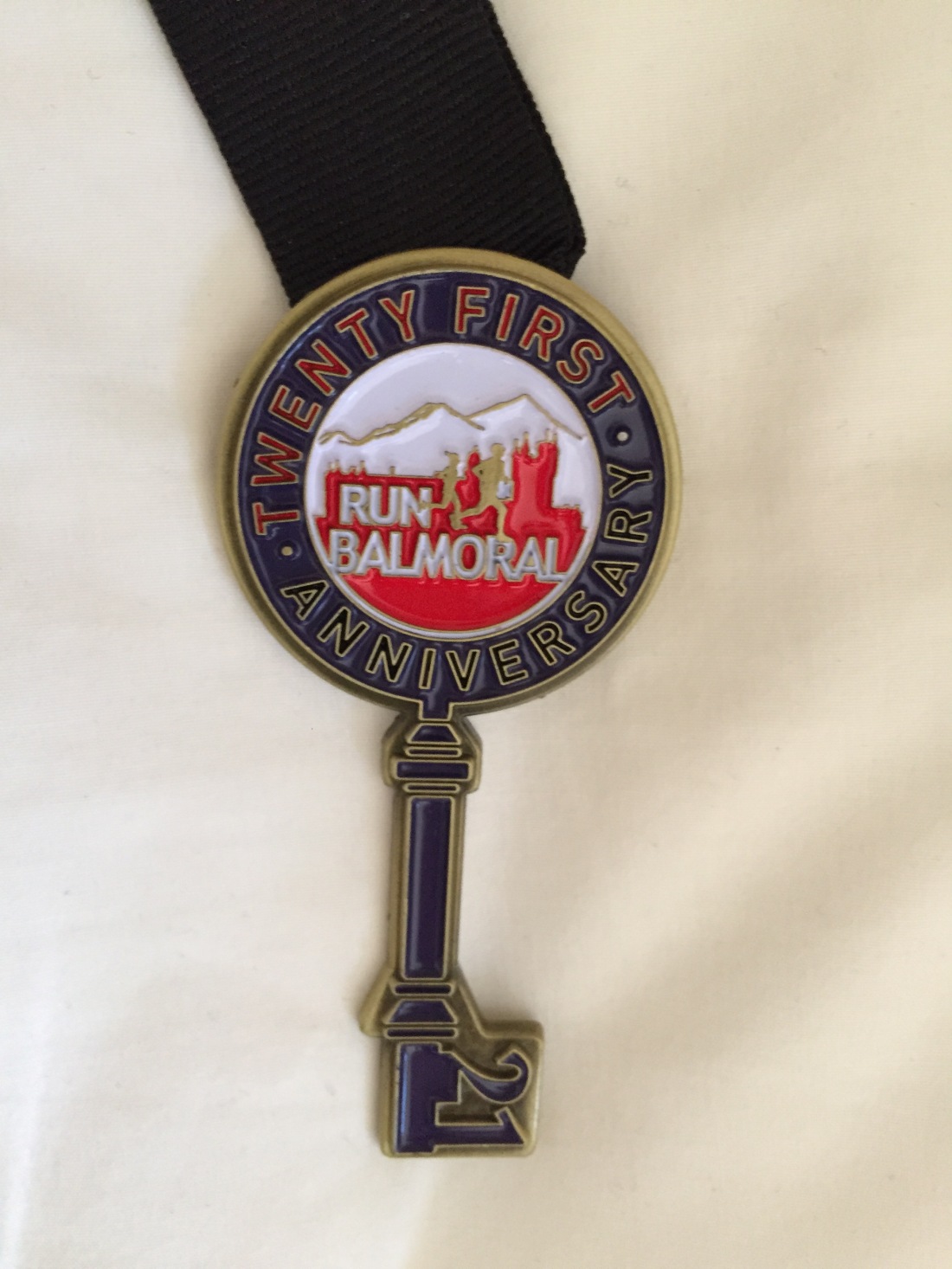 Huge congratulations to everyone that completed the Devil of Deeside – two events on Saturday (5k & 10k) followed by the Duathalon & 15 mile run today (Sunday); you’re all superhuman!

Finally, thanks to everyone that helped to organise or volunteered today; your support and encouragement along the way was most welcome!

Pretty delighted with that – thanks to my Dad for highlighting that this is in fact a PB! The rarity of the 15 mile race experience meant I’d not quite registered that! A great day out; hopefully I’ll Run Balmoral again before another six years passes.