This week the weather has been somewhat irritating. Being Winter ‘bad’ weather is to be expected; sadly it does not assist in the enjoyment of winter training. Making it through our long run last weekend, only having a short section of icy ground that was avoided by running along the verge, I felt positive about the week ahead.

However, by the time Monday came, the thaw and subsequent freeze saw pavements becoming a little more treacherous. I opted to run around the local playing fields in the early morning, a joy as the snow was crisp, and I had the pleasure of seeing two foxes and a deer. The day was rounded off with a sports massage and positive comments from my therapist about the healthy state of my legs!

Tuesday saw me head indoors to endure the treadmill. Another early morning run, surprisingly I got into my stride and enjoyed the session of reps by the end. Just as well! The icy thaw and freeze continued meaning Thursday’s tempo was also safer on the treadmill. I don’t think I’ll ever love it, but am growing fond enough of the ‘dreadmill’ to accept that if needs must I can in fact bang out the miles without dying of boredom.

Friday saw a significant thaw, albeit still cold, allowing me to run my easy miles around the park after work. I must have looked a real site. Having forgotten my gloves, I wore my leather driving gloves to keep my hands toasty. I’ve managed to lose one hand, thankfully opposites, from two pairs, so had one black and one brown. They did the job!

This morning I woke up with the intention of getting a long run done, hopefully permitting me to walk tomorrow. I was amazed to see the snow dinging down outside my window, a fair bit having fallen overnight. Snow is far more pleasurable for running; I’d even go so far as to say it’s fun! Yaktrax on, I opted for the beach promenade, running the Aberdeen parkrun route and chatting with friends along the way – thanks Bryan, Graham, Colin & Alan for helping me to pass the time!

Opting to continue running in order to get all my miles done before the end of parkrun, I continued to Footdee, then running a little further, back and forth along the lower prom to ensure I didn’t run into the onslaught of parkrunners at 9:30 am. Shockingly bad at maths on the run, I then ended up significantly behind them, even the Tail Walker having passed the stones by the time I reached them!

Running back to the start, I exchanged pleasantries with Nik as I turned and began my ‘official run’, advising that I’d probably just be on a freedom run due to by bad timekeeping! A little injection of pace saw me pleasantly surprised on two fronts – one that I was able to do it, and two, the tail walker was in sight! I managed to catch up by the Beach Ballroom and was then able to relax a little on the lower prom. 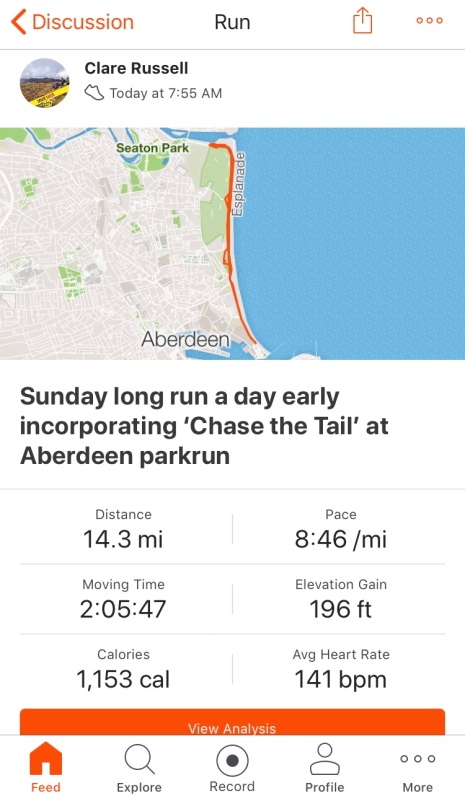 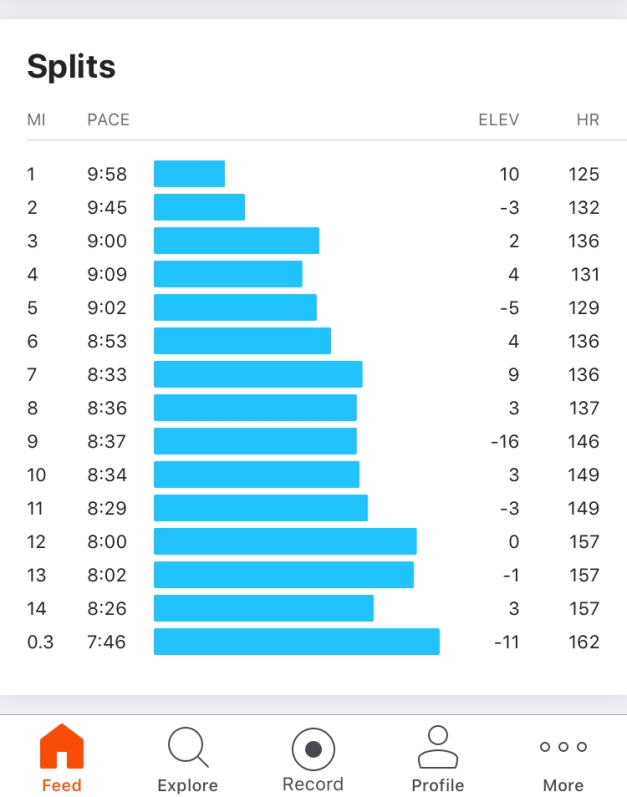 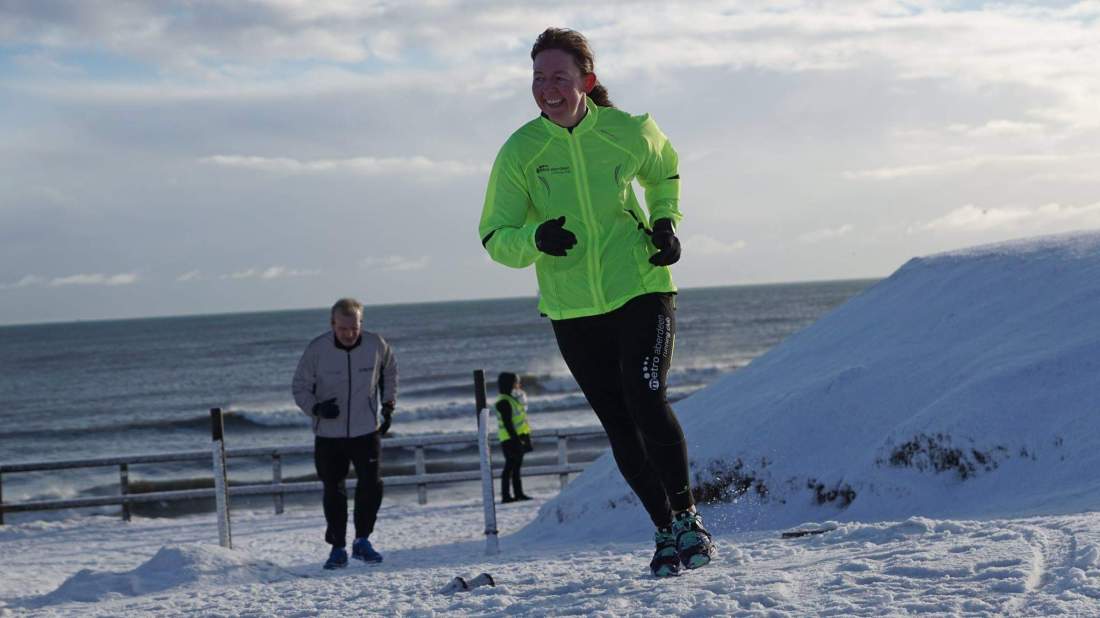