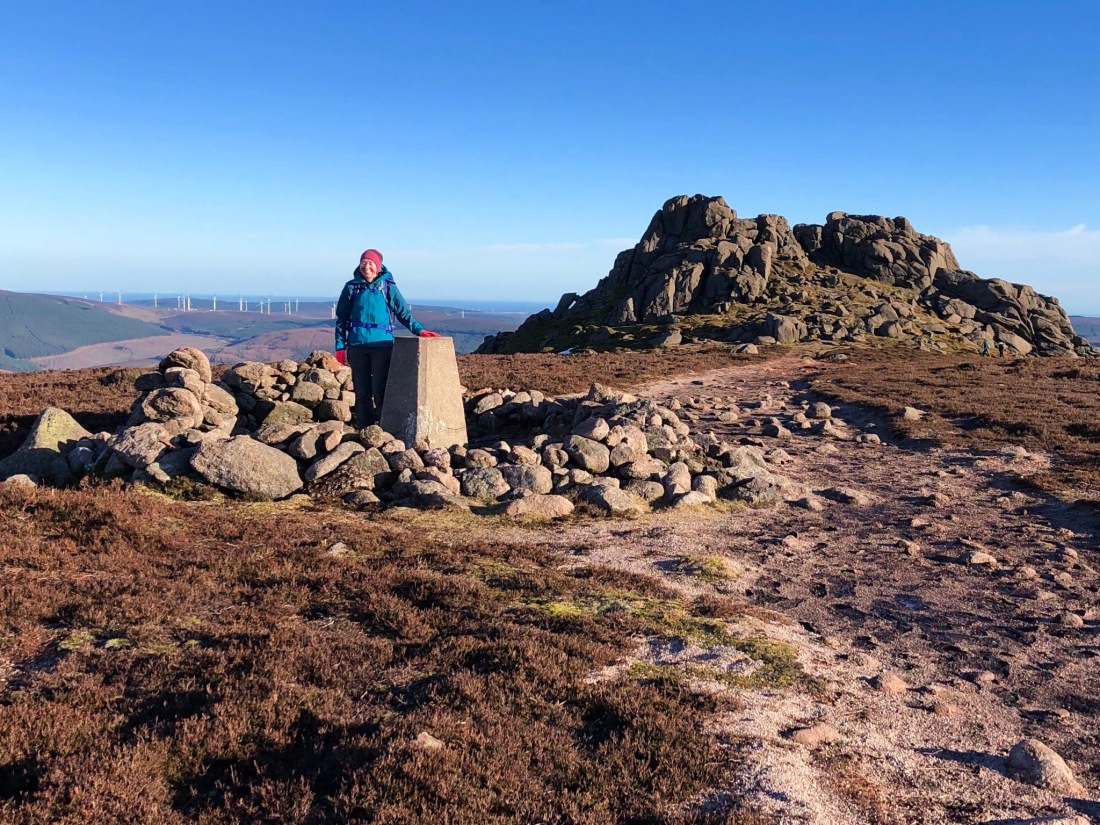 After yesterday’s wind we woke to a calm day today. Unfortunately this also meant ground frost and disappointment for the golfer of the house (no winter eclectic competition due to winter greens). Thus, he fancied a hill day instead. The runner of the house had other ideas though, in the shape of the first 16 miler of the marathon plan.

Off I set, a fraction later than planned – the only thing I’m ever on time for is work – and the planned four miles before meeting the Social Sunday gang turned into three and a bit instead. I made it up to the gate and all the way back down to the car park unfortunately. Picking them up part way would have made things a little easier on the legs!

Alan had amassed a fair crowd, twenty runners he said. I was glad of not having to stop and just kept on back up the side of the golf course at Hazlehead. Chat was good, pace was comfortable, and before I knew it we were at the road crossing for Countesswells. I must apologise to my fellow social Sunday runners as this was where I became antisocial. We generally regroup at this point, but my logical head was thinking along the lines of, ‘if sixteen miles is the furthest you go on this plan and you want to stand on the start line believing you can run twenty six miles, you’d better just keep your body going!’ So I muttered something about being antisocial and headed on solo.

Twice around the lovely Kingshill, I felt comfortable in the pace and ran steady, finishing back at Hazlehead under the sixteen miles which meant bimbling up and down the reps lane briefly. 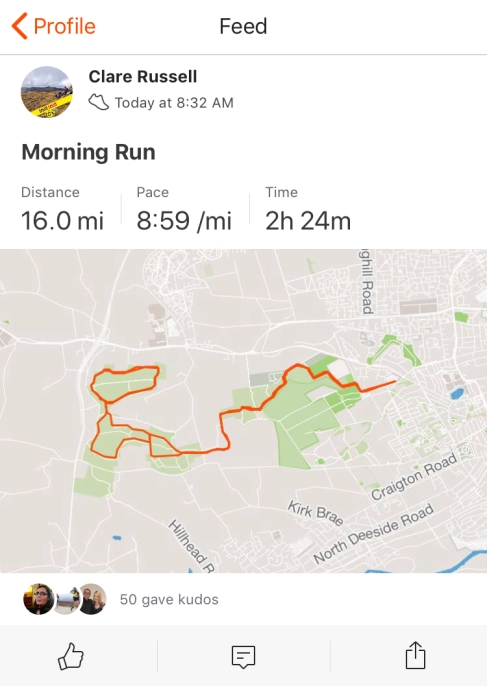 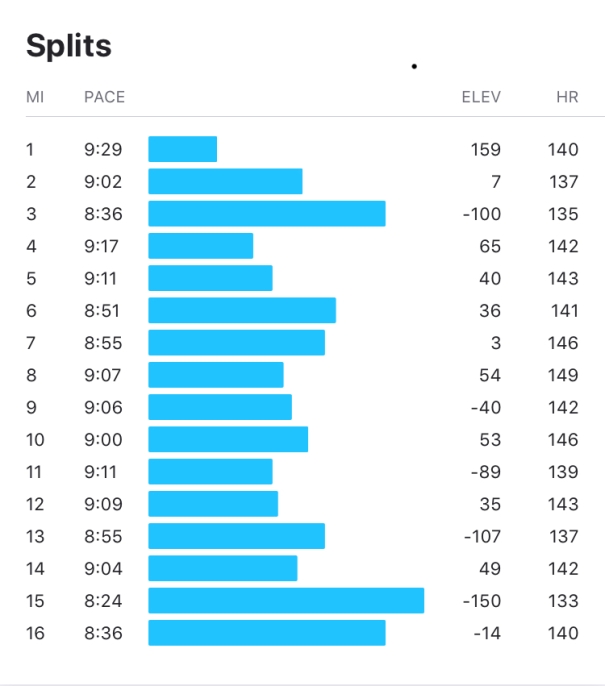 Timed well, the hard core of the Sunday gang (Graham, Alan and George) then arrived, having completed their miles, and the most important part of the run, coffee, was had in the warmth of Cafe Cognito alongside some other reprobates who had knocked out their miles and headed down a little earlier.

The legs felt good, thankfully, as the golfer of the house messaged suggesting an afternoon walk. Headed out to Clachnaben for a lovely walk in the afternoon sunshine. 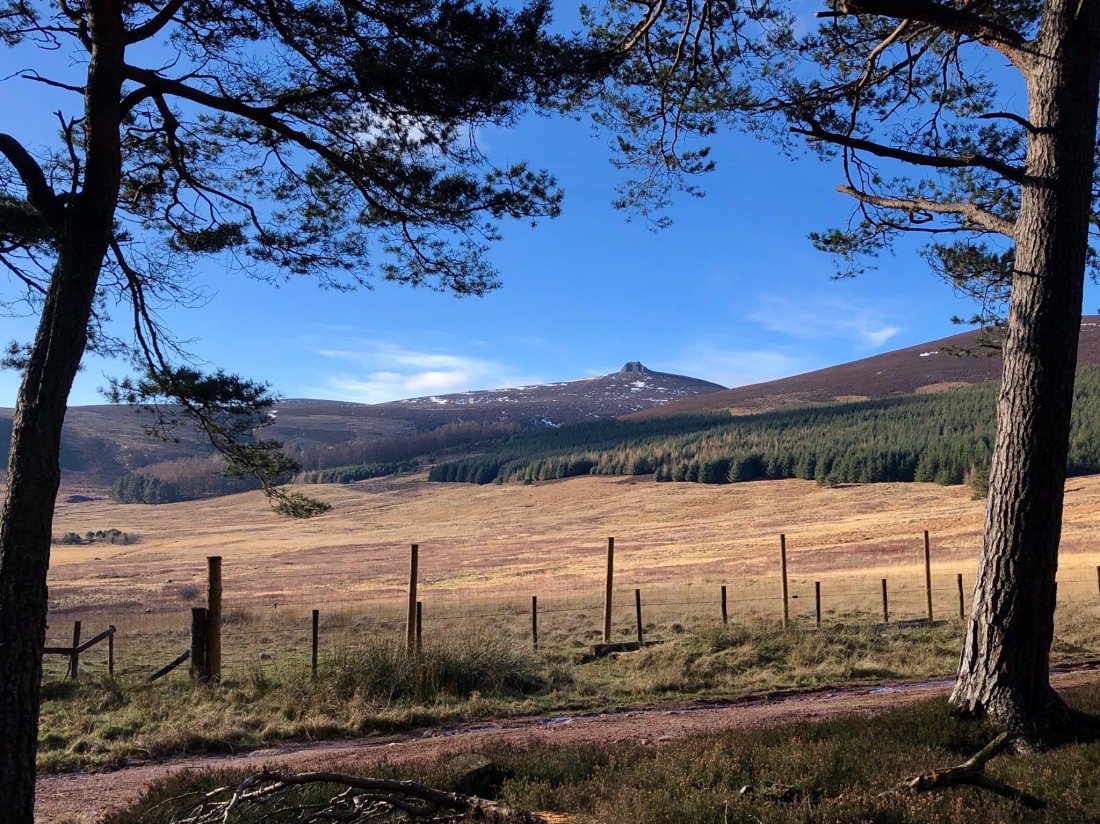 Prepared for snowy conditions we were pleasantly surprised to find the hill clear. A fairly gentle climb, the wind picked up towards the top necessitating both down jacket and shell. We encountered only one small section of hard packed snow / ice, and being rather precious about my legs at the moment the Kahtoola spikes went on for me; Bruce managed fine without his. 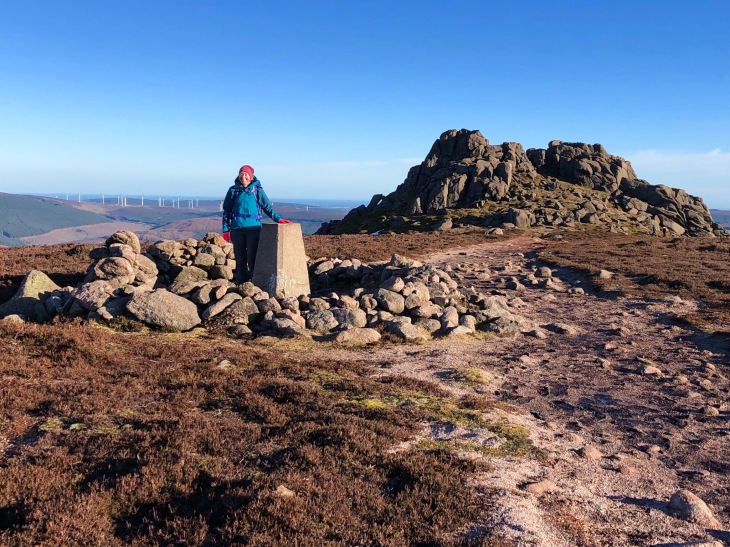 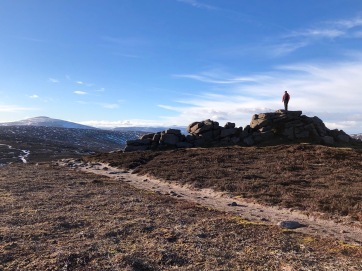 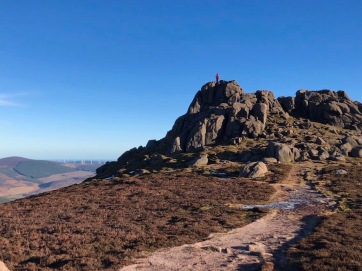 Soup at the top was tasty, turned around and headed back the way we’d come. Legs felt good; it was only when we stopped off at Asda to pick up pizza I felt the efforts of the day. Hopefully short lived, another week of the plan completed.