It’s a run, not a race! However, it’s also a time trial if you want it to be. About to embark on a 12 week training plan to try and pick up some speed again I decided I’d run parkrun hard today. I’ll be honest – I’d hoped I would manage to run 21 minutes (or even 20:59); the reality is that I’m not in shape for that at present, finishing in 21:59 instead. 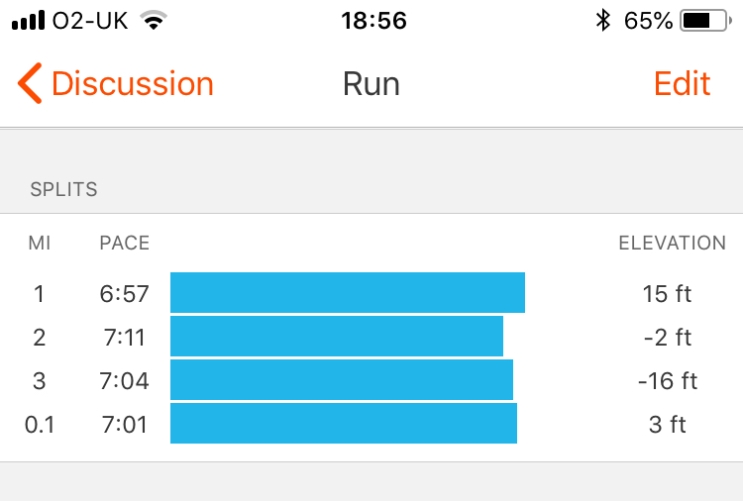 Despite that it was a good morning out (as always)! Meeting the 8:30 crew, on this occasion that was Alan only as I was a few minutes late and he waited for me, we caught up with the others on the lower prom. This is a fine wee recce to get the legs warmed up and assess the conditions on the course. Today it was very mild but there was quite a breeze to run into on the first half. Turning onto the lower prom at the halfway point it was still, sadly lacking a tailwind though.

No excuses today – just lacking the speedwork to run a fast (for me) 5k at present. It did amuse me somewhat how hard it felt to try and sustain the pace, particularly as people stormed past me on the last few hundred metres (Graham, Craig and Alastair to name but a few – look out guys; you’ve now got targets on your backs!)

Malcolm, one of our regular runners celebrated 150 runs today and kindly bought the post-run coffees at Satrosphere Cafe. Much appreciated and very generous indeed!

So, the goals have now been updated. I need motivation beyond the love of running to get out:

Pick up speed and aim to get under 21 mins again;
Run some faster times to half marathon distance by the end of the year. 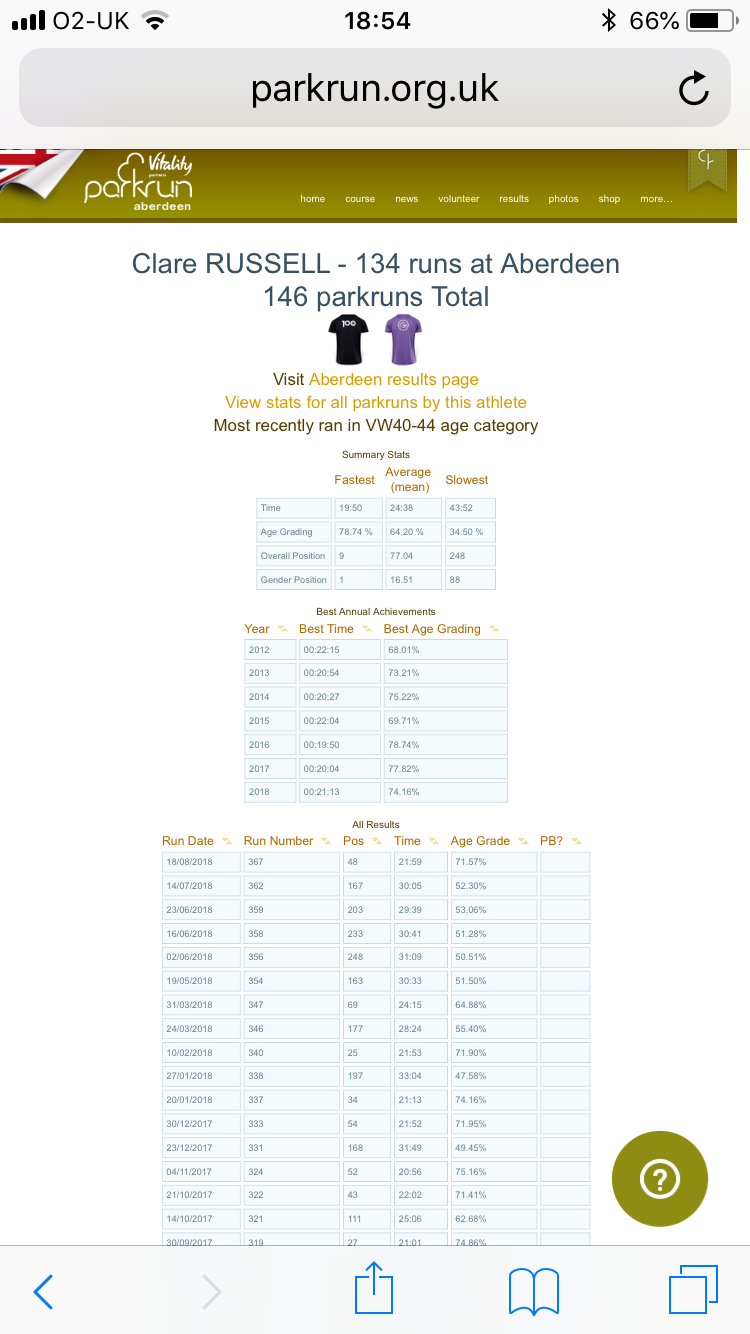 And the long term:
Get to the starting line of the London Marathon next year;
Run Fort William Marathon for the third time next July.